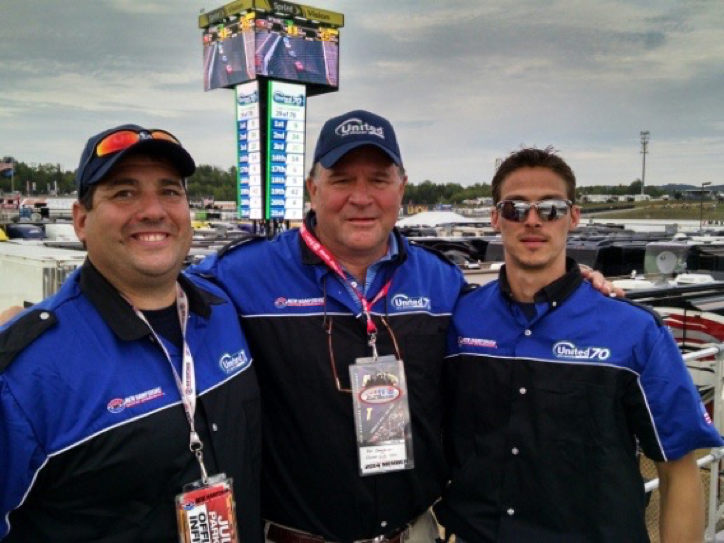 Under the lights and amid the roaring of the engines, our night saw one milestone after another, from the flag drop by our friend and honorary Grand Marshal, Mike L. from Moriarty, to the presentation of the trophy in the winner’s circle by our CEO Ron Carapezzi. The United Site Services 70 is a new tradition that all of us at USS look forward to continuing.

After successfully partnering with the New Hampshire Motor Speedway for the past 14 years, United Site Services was presented with an opportunity to sponsor our own race on the Magic Mile. On July 17th 2015, the 68th running of the K&N Pro Series East would take place under the United Site Services 70 flag.

“It has been our privilege to serve the millions of loyal race fans who have walked through the gates of NHMS for the past 14 years,”  said Ron Carapezzi, CEO of United Site Services.