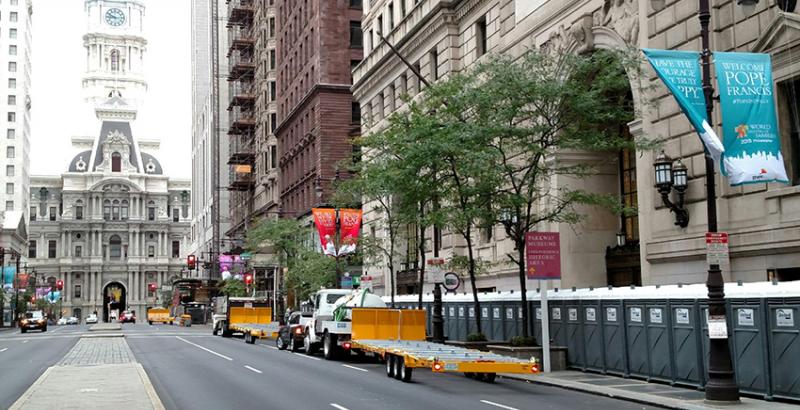 What happened to 200,000+ people when nature called? United Site Services delivered. 1,200 pristine, new event grade, portable restrooms were assembled locally in Philly and delivered in record time to support a substantial crowd of Pope Francis fans. Our restrooms lined Ben Franklin Parkway and Independence Hall, as well as main roads and side roads and alleyways. We also pooled resources for upwards of 30,000 feet of barricade to be set up for the Pope’s Parade! It was a sight to see and an opportunity not to be missed.

Below are articles related to Pope Francis’ visit:

NBC Philadelphia: Thousands of Portable Toilets Brought in for Pope’s Visit to Philly