Safety Award Gets to the Heart of USS Quality & Teamwork 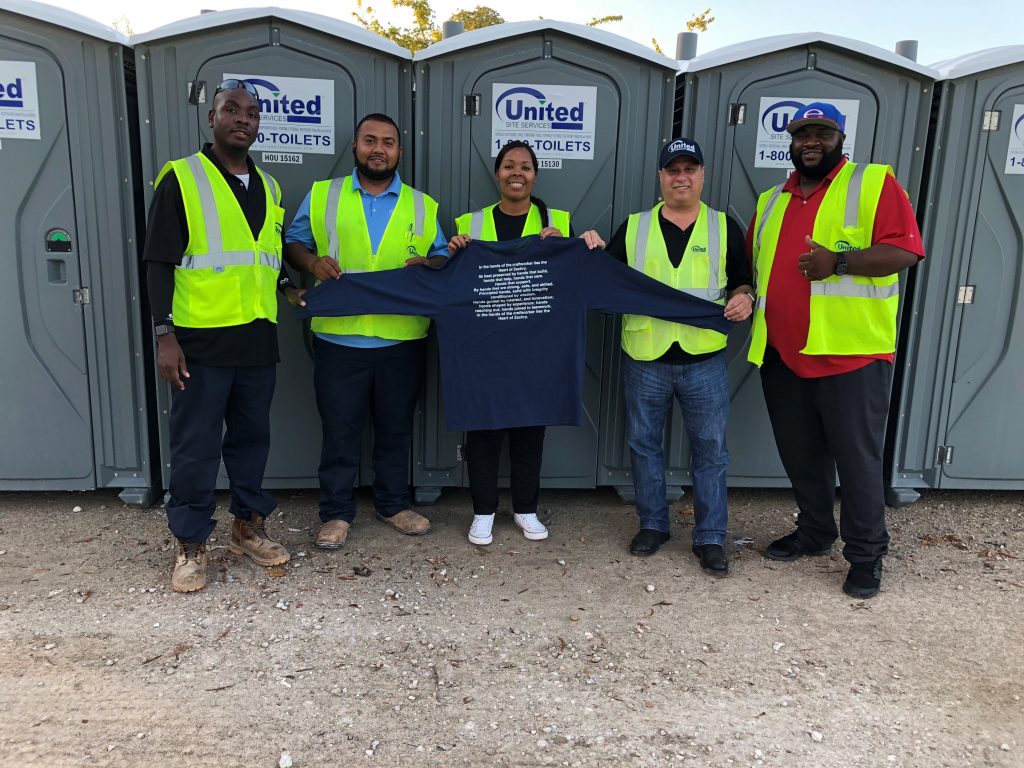 Something great is happening in the heart of Texas, and it’s the result of the hard work and diligence of the United Site Services team in our Houston Branch.

The USS team was recently awarded the Heart of Zachry for its outstanding safety record at the pretreatment facility at Zachry’s Freeport Liquefied Natural Gas site.

The award is given by Zachry Group to vendors who meet only the highest standards at its refineries. According to Zachry, “Our internal safety program recognizes job sites with outstanding safety performance, achieved through collaborative implementation of best safety practices, and the individuals who play a leading role in supporting that performance.”

More specifically, the Heart of Zachry is awarded to vendors that have ZERO safety incidents for the entire year. The spotless USS record is very impressive given the size of Zachry’s Freeport site, which has over 800 restrooms, 400 sinks and 50 holding tanks. That’s big, especially considering the project started with vacant land as far as the eye could see. Today, it’s growing into a state-of-the-art facility and is scheduled for completion in 2020.

Better yet, USS was also cited by Zachry as the Most Improved Vendor. That’s a real feather in the cap for the USS Service Technicians and Support team that have been 100% dedicated to serving the facility seven days a week, twice a day.

According to Jim Cashman, Chief Operating Officer at USS, “This is awesome. Congratulations. There is no doubt this is a reflection of the hard work put in by the USS team. Thank you to all who contributed.”

The Heart of Zachry Award is not only recognition from a valued client, it’s a source of inspiration for all USS Associates to strive for excellence in every job they do. Every member of the USS team at the Zachry facility can take pride on their accomplishment, and serve as an example for the USS family nationwide. Thank you for a job well done!