The Beginnings of Portable Toilets 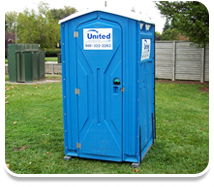 In the 1940’s, workers in the ship building yards of Long Beach were forced to go to the docks each time they had a physiological need. The owner of the ship building yards recognized the substantial cost derived from the great distance and time it took, and asked the company responsible for emptying the tanks of the fixed dock toilets if they could manufacture a toilet that could be easily moved closer to the workplace. The result was a wooden cubicle that had a small holding tank. This was the first porta john rental, porta potty, or porta loo (in the UK), that soon sparked an entire branch of industry dedicated to movable and easily manageable restrooms. In the beginning, materials used for construction were wood and metal, thus these toilets were heavy to move, with troublesome maintenance due to the absorption of fluids and odors.

At the beginning of the 1970’s, synthetic materials, firstly fiberglass, were introduced, but except for reduced weight, the maintenance problems persisted, coupled with the breakability of the fiberglass. Thus, polyethylene came into use. This material proved to be the right choice. Polyethylene portable toilets rentals are light, durable and easier to maintain, due to their non-absorbing nature. This material is still the most common for porta john rentals.

Self-containment, the ability to work without moving parts, and no need for a power source, made the portable restrooms a success, in many respects better than its non-movable cousins. Of course, proper maintenance is still required for these facilities to be used for prolonged periods of time. Usually, the company responsible for the porta john rentals cleans them with frequency based on the number of users. When it is time for maintenance, a pump truck is sent for sanitation of the holding reservoir and the cabin. At this time, the holding tank, or reservoir, is refilled with new liquid, and the supplies (such as toilet paper and soap) are also refilled, leaving the users of the facility with a clean and equipped restroom. The removed waste is usually transported to an appropriate disposal area.